What Are Wireless Sensor Networks?

How Does a Wireless Sensor Network Work?

A WSN consists of electronic, digital sensors known as nodes. Once installed, a linked grid of nodes will capture and transmit time-stamped readings or imagery to nearby, forwarding routers. A gateway (or base) computer equipped with special software receives, interprets, curates, and displays the incoming data stream.

What Data Types Can WSNs Capture and Collect?

How Do WSNs Help Us Work?

Thanks to a high spatial resolution, a well-configured WSN allows technicians to access extensive data logs of detailed area snapshots at will. Rather than relying on inferior, limited-scope field sampling at set times, professionals can analyse recent and historic ground conditions across the entire area at any node point and time they so choose.

The ToolSense IoT hardware bridges the gap between physical assets and modern software solutions. With our IoT modules, you gain a much more in-depth understanding of your asset’s performance.

Can WSNs Act as Digital CCTV?

Multimedia WSNs can. In a multimedia setup, a fast-rendering, fast-writing gateway stores vast amounts of searchable, high-definition video for operators to review in real-time. Wireless microphones, cameras, and proximity sensors provide users with ‘eyes on’ feedback. Data rapidly relays to the monitors via a high-speed, high-capacity routing protocols (e.g. Wi-Fi).

What Do Wireless Sensor Networks Consist Of?

How Do Wireless Sensor Nodes Work?

The sensors (e.g. microphones, accelerometers, pressure-sensitive plates) collect raw data. Collected data is passed through an analogue-to-digital converter (if necessary) and forwarded via a circuit bus to a low-power central processing unit (CPU).

The CPU chip then parses the data stream, using a fixed program to turn it into transmissible code. Any irrelevant or corrupt data deletes. The ‘packet’ is then timestamped and stored in a small block of short-term (flash) memory within the CPU for later collection. When requested by radio ping or timer, any held data transmits back while the node’s local memory ‘flashes’ itself empty. The collection cycle then restarts.

How Are Sensor Nodes Powered?

Even with controlled transmission bursts and timed shutdowns, it takes far more power than an off-the-shelf replaceable battery can provide to run a radio antenna for months on end.

Managing your assets shouldn’t be hard. That’s why Excel, WhatsApp or Pen & Paper are not the right tools to efficiently manage your asset operations. No matter the manufacturer or type—with ToolSense you are good to go.

Actuator nodes are much the same as any other – with one big difference. These nodes will only switch on when a fifth sensor component, the actuator, is triggered.

Actuators are as versatile as the sensors they use. Pressure, proximity, time, or physical forces (e.g. heat, rain, wind) can all act as the trigger. A dedicated circuit switch allows the nodes to capture and transmit data only when actuation occurs. Alternatively, a set outbound gateway command can act as a radio switch.

Do Actuator Nodes Have Any Special Uses?

Routers (or router nodes) are computer-controlled transceivers that redirect inward and outward-bound Wireless Sensor Network (WSN) radio traffic. They don’t collect data of their own. Instead, they receive incoming data from nearby nodes and transfer it back to a gateway.

Routers can also re-route incoming traffic from other routers and gateways. Using a subnet of routers instead of high-power radio signals helps to preserve node power, speeds up the WSN’s traffic, frees bandwidth, and extends the network’s working range.

A gateway (or base unit) is any ‘parent’ machine that collects, stores, and forwards finished data from its ‘child’ nodes and routers. As the core of the WSN, the gateway will often come with vast amounts of storage space for archiving.

Can WSNs Gateways Forward Data to the Internet?

If the gateway is TCP/IP enabled and a user grants permission? Yes. WSN data forwarding underpins the tech behind public web readouts (e.g. weather, traffic reports), IoT (Internet of Things) grids, and remote login control hubs. However, many sensitive Wireless Sensor Networks are run firmly offline (or ‘air-gapped’) for greater security and privacy. An alternative solution is to use a secondary network to create a filtered ‘DMZ‘ bridge between requests, data aggregation, and sensitive WSNs.

„We wanted to have a solution that does not only track expensive assets but also cheap ones. In Austria, ISS operates over 6,500 cleaning machines alone, without even counting vacuum cleaners and other pieces of equipment. With ToolSense we bring them together on a single platform, leveraging data from IoT hardware and improving maintenance and inspection processes.“ 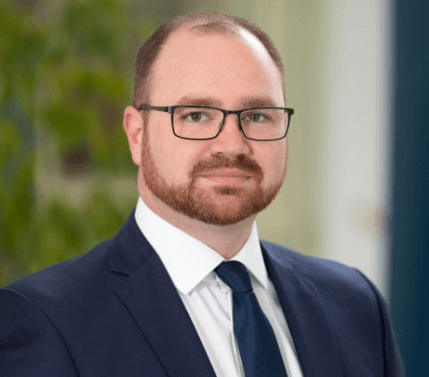 Wireless Sensor Network engineers have many specialist WSN radio protocols to pick from to link together nodes and gateways. However, modern sensor network design increasingly uses standardised, adapted, and commonly recognised specs to improve compatibility and ease of use while optimising transmission bandwidth. Here are three of the most popular.

With a range of up to two miles and fast packet switching as standard, the 802.11 family of short-range, high-bandwidth protocols aren’t just excellent for routing household web browsing. Wi-Fi router nodes can easily transmit high-capacity data feeds (e.g. audio, video) between distant nodes and gateways in near real-time. Due to Wi-Fi’s adaptability and seemingly unstoppable growth in popularity, these WSNs also carry the double-edge of superb public protocol compatibility.

Not all monitored spaces are the same. Here’s how engineers adapt their WSN layouts to different environments.

Seas, lakes, and rivers all pose serious challenges to nodes. Water is difficult to transmit radio signals through, currents move free-floating devices around, and flooding can easily damage sensitive electronics. When planning near-shore networks, engineers will use buoy, anchor, or harness lines to create tethered nets of nodes. All waterborne nodes are sealed tight with plastic cladding to prevent corrosion, degradation, and electrical shorts. Deep-sea installations will use buoyed or side-mounted sensors, which can then be periodically ‘harvested’ by a mobile data boat or submarine. Expendable, high-capacity batteries are often picked to power water nodes due to their relatively short working lives.

Not all WSNs are created equal. What features does your WSN have? Ask yourself the questions below to find out.

Are your nodes docile or on the move? If you’re using roaming tracker, floating, transportable, or re-positionable nodes, you’re running a mobile WSN. If the sensor points fix firmly in place and stay there? Static WSN.

A deterministic network is a WSN plan assuming a reasonable certainty that the sensor nodes will be where they started. Their geographical positions are determined and are realistically unchangeable. In a non-deterministic network, node movement may regularly happen due to unavoidable forces such as storms, waves, currents, or erosion. Non-deterministic sensor grid software warns operators of a position change, weak link, or missing sensor.

A single base station network layout uses one gateway to collect and log data. In a multi-base station, a network of two or more gateways and network readers will parse, collate, and forward data back and forth to each other.

If your sole gateway machine or reader stays in place? You’re running a static base station wireless network. If you can physically move the gateway around to ‘harvest’ data? You own a mobile base station and run a mobile wireless sensor network. Some networks will use a hybrid of these two approaches to reach different sensor nodes.

Can every network node reach the base station (gateway) via radio transmission without using a router? If so, you’re running a Single-Hop WSN. If any of the nodes need one or more router relay boosts? Multi.

Can your network nodes manage their routing, programs, and focus independently? Is the gateway or base machine used only to collect data. Your network can self reconfigure. If nodes and routing rely on radio instructions from another central computer, dedicated node, or the gateway itself? Your WSN is non-self reconfigurable.

In a homogeneous network, all the sensor nodes are clones. Homogeneous designs use identical sensors and hardware to spot data discrepancies, repeating set measurements across multiple points. Heterogeneous WSN designs vary their sensor node hardware to match local demands, allowing for select, distinct measurements to be collected and processed differently at some nodes.

How to Define a Wireless Sensor Network?

A WSN is any local, digital network of two or more sensor-equipped nodes that gathers, processes, and stores unique data at a base. It transfers data and instructions via radio transmission and does not require any data wiring.

How Are Wireless Sensor Networks Used in IoT Tech?

Sensor networks power Internet of Things (IoT) tech by supplying the IoT network’s software with detailed, real-time readings. WSN data lets AI-run software make informed, accurate decisions. For example, temperature, humidity, and proximity readings will transmit from a dedicated WSN local gateway router to an IoT core machine. This ‘smart’ house can then make intelligent, relevant changes on the fly, all thanks to the in-depth environmental data stream coming in.

Where Are Wireless Sensor Networks Used?

Practically, everywhere humans are. Wherever and wherever digital readings have to be regularly taken from a changeable environment to build chronic, understandable overviews and make complex decisions, WSNs will be there.

What’s the Difference Between a Wireless Network and a Wireless Sensor Network?

A secondary network is a protective ‘subnet’ that bridges the gap between WSN gateways and the open internet. Secondaries ensure data security and privacy, acting as a firewall. Connected servers (the network’s ‘DMZ’) will approve or reject incoming requests, curate metadata, and censor anything too sensitive for public broadcast. One secondary network can handle requests to multiple WSN gateways.

Reach a New Level of Efficiency With Our Asset Operations Platform